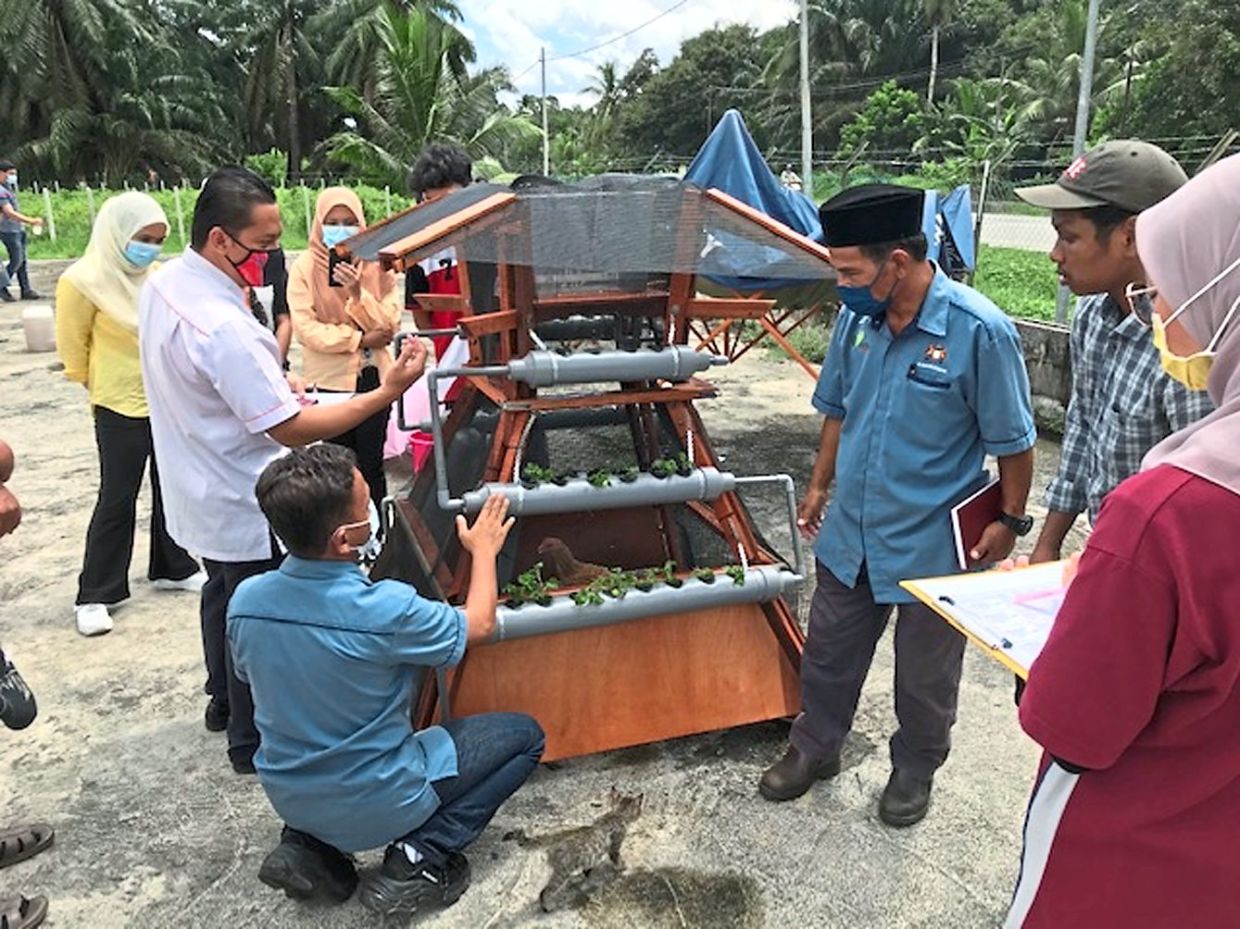 A GROUP of students have designed an urban farming system to encourage more people to plant their own produce.

The team of 30 are first year degree students at the Faculty of Civil Engineering and Built Environment in Universiti Tun Hussein Onn Malaysia (UTHM).

They came up with the idea for their ongoing semester project, which is part of their Architecture Studio course, said a UTHM press release on May 2.

To complete the project, they worked together with the Batu Pahat Agriculture Department, the Batu Pahat Federal Agricultural Marketing Authority (Fama), and Suria Bistari Agrotech Enterprise.

“The aquaponic system module uses water from catfish farming as fertiliser that reaches the plants through the crop funnels,” she explained, adding that chicken droppings from the poultry farming system module can also be used as fertiliser.

It is hoped that the urban farming system will be able to complement existing systems, which can be quite costly.

Nadiyah added that the system can benefit housewives and urban dwellers by reducing the amount spent on purchasing food, as well as ensuring there is adequate food supply in the community.

Batu Pahat Agriculture Department representative Kamaruzzaman Abd Salam said the system has the potential to be commercialised after some improvements have been made.

Are you emotionally strong? | The Star

Parents voice fears as children are unvaccinated before schools reopen