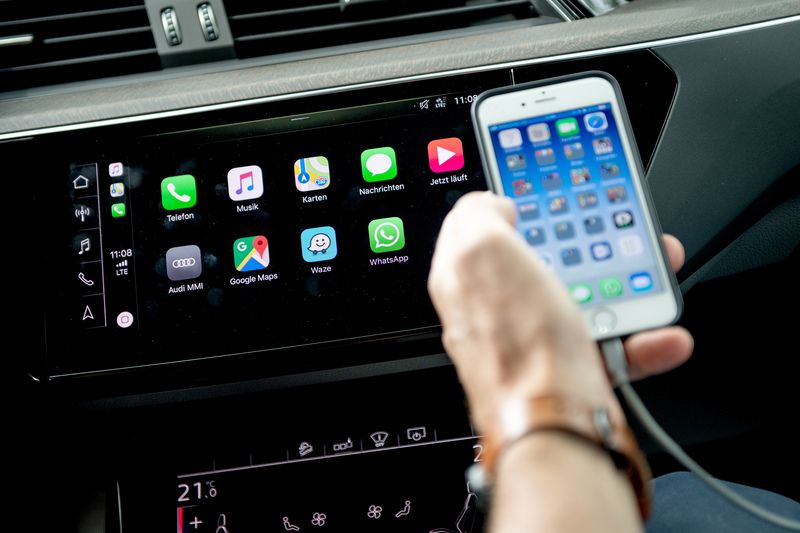 When it comes to cars, the entertainment system is usually the first to show signs of ageing: The display feels too small, and somehow the sound isn’t as good anymore – what better time to get a retrofit?

Hardly any other part of a vehicle ages as fast as its entertainment system. A glance at the radio can usually tell you just how old a car really is – unless, of course, it’s been retrofitted.

“Modernising a car that hasn’t clocked many miles can be done quickly and without much expense. After all, a used car that’s about four years old is still technically up to date – bar the entertainment system,” says Matthias Wagner, who works for Car Akustik System, a specialist trade group. “Electronics, however, are advancing at a rapid pace.”

Modern car stereos have bigger, high-resolution displays, play DVDs and let you plug in your smartphone. “Android Auto or Apple Carplay should definitely be integrated in the new device,” Wagner says. That allows drivers to use many of their smartphone functions via the radio, whether to navigate a route or catch up on messages.

But if what matters most is good sound, then get a device with a digital radio tuner (DAB+). These will be standard from the end of the year, but until then, dealers are still able to sell devices without the digital radio functions, according to Wagner.

Double DIN stero units can also work well in camper vans and classic cars. “With some vintage vehicles or even motorhomes, no matter how well-equipped they are, the sound is usually poor,” says Michael Zeitler, who works for a car hi-fi specialist in Germany called Dr Boom Soundklinik.

Double DIN units come with a wider front and a larger control panel – usually a touchscreen – compared to simple DIN radios, making them easier to operate. “It allows them to display more, such as the image from a rear or front camera or videos,” adds Zeitler.

The least expensive devices are available for around US$200 (RM848) and offer Bluetooth, audio streaming and a hands-free kit. You’ll wind up paying more for devices that enable networking with smartphones via Apple Carplay or Android Auto, starting at around US$300 (RM1,272).

Pick the best solution for you depending on what matters most, whether it’s a top-quality hands-free kit, the quality of the music sound, buttons on the steering wheel, a rear-view camera, an HDMI interface for connecting streaming sticks or an Android operating system where you can install apps, perhaps for streaming music.

Your vehicle is also an important factor for deciding what sound solution to get. “Land Rovers or convertibles need a brighter display, while a Mercedes needs a more elegant front that integrates neatly into the cockpit,” says Zeitler. Motorhome owners usually want as large a display as possible to help them when parking, he adds.

Meanwhile, some drivers of sports cars want front cameras to help them park better, or an OBD-II interface to connect the radio to their engine management system.

If you ask Elmar Michels, who edits trade magazine CAR&HIFI and has spent years testing car radios and hi-fi systems, the best tip is to head to the dealer. Then you will get advice right away and can play around with the device to see how you like it and whether it would work for your car. – dpa