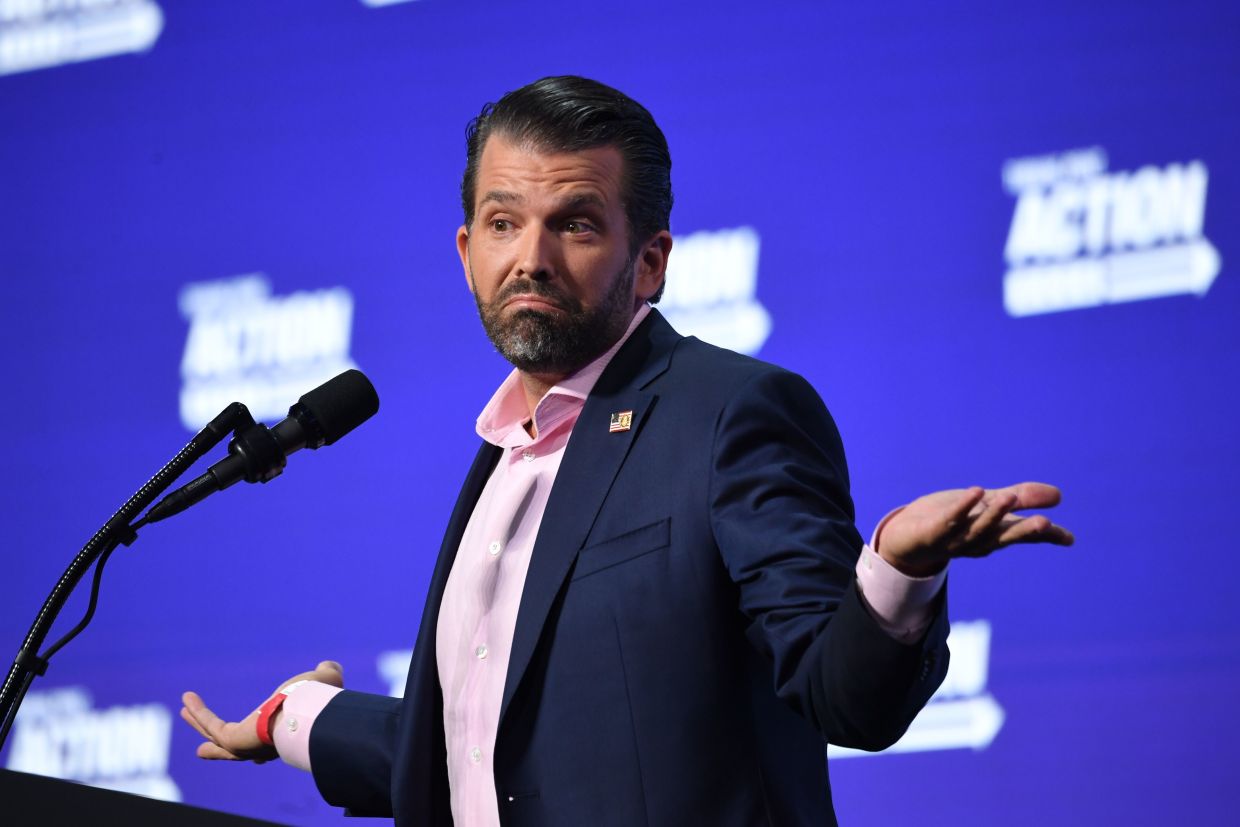 A video containing dubious information about the coronavirus that was widely shared on social media on July 27, including by US president Donald Trump, is backed by a conservative activist group called the Tea Party Patriots.

Facebook Inc, Twitter Inc and YouTube pulled the video, which featured a group calling itself America’s Frontline Doctors touting the drug hydroxychloroquine as an effective treatment, from their websites because it violated their rules on spreading misinformation about the virus. Twitter also temporarily suspended Trump’s son from the site on July 28 after he tweeted a link to the video, prompting a rebuke from his adviser saying that tech companies are stifling conservative voices.

In the video, which quickly racked up millions of views and was posted on the right-wing media outlet Breitbart News, the doctors give very little context about their medical expertise or backgrounds. Republican Congressman Ralph Norman introduces the group, about a dozen people in white coats, who take turns at the microphone speaking in front of a small crowd.

The group asserts that hydroxychloroquine should be prescribed to treat the coronavirus even though double-blind studies have not so far shown it to be effective. The group’s leader, Simone Gold, says that people don’t need to wear masks, contradicting recommendations from the National Institute of Allergy and Infectious Diseases.

The event was hosted by the Tea Party Patriots, a right-wing nonprofit group co-founded by Jenny Beth Martin, who has crusaded against government spending and has said she believes the government is overreacting to the Covid-19 pandemic.

“The people who are in Washington are doing what they always do, they wring their hands, they worry and they spend more money,” she said in an interview on C-Span.

Gold has a history of downplaying the seriousness of the virus. In an interview posted to YouTube in May, Gold compared the virus to the flu, questioned the value of social distancing, and called Covid-19 “really a disease of patients with pre-existing conditions and even more so nursing home patients”.

Gold has opposed mandatory mask requirements and signed on to a letter with several hundred doctors urging states to resist lockdowns as a measure to control the infection’s spread. Several US states that had resisted such measures have since seen their number of cases surge.

Another doctor who spoke in the video, Stella Immanuel, has backed strange medical theories. She has said that the medical community is using alien DNA in treatments and that gynecological problems can result from explicit dreams about demons, according to a report in the Daily Beast.

In the video, Immanuel insisted that her patients had been cured by hydroxychloroquine while acknowledging that she had yet to produce a paper substantiating her findings.

Social media companies have taken a stricter stance on coronavirus-related misinformation than on some other issues. Videos such as these often take on the appearance of a more credible news conference but present information that can be dangerous. A similar video in May called Plandemic had the feel of a standard news segment while spewing wildly unsubstantiated claims about the virus. – Bloomberg

US to ban TikTok downloads, block WeChat use

Could PlayStation 5 and Xbox Series X be swan song for consoles?