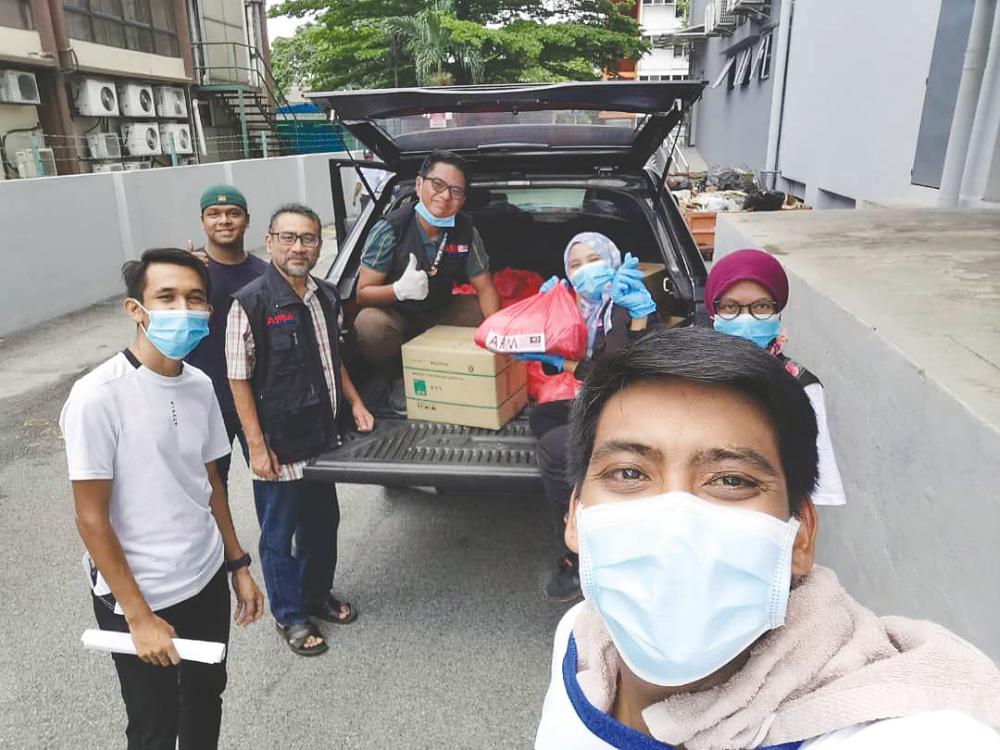 When he was a boy, Haniff Hamzah’s parents showed him how the smallest gesture, done right and with good intentions, could lead to a lot of good and even help to change lives.

His mother is a dean at a dental school and has worked closely with minority communities like the Orang Asli, involving them in her research and offering free treatments.

“My mum still works, and my dad is now retired,” said Haniff, 35. “He fetches my mum from work and they always stop at this toll booth and he gives cash, almost daily, to this ‘makcik cleaner’.

“We are not rich, but there is always a way for our family to give what we can afford to those who seek or need help.

“I remember when I was a kid my father’s second cousin came to my parents. I believe he had issues with drugs.

“My parents gave him money and a place to stay, and now he is a father and has been living clean.”

These small, but significant, observations planted the seeds of charity in the hearts of Haniff and his siblings.

Today, the popular Era FM radio personality and presenter has shown how he has taken their lessons to heart, becoming involved in charity and volunteering works himself.

“I have been involved with charity and volunteer work for a while now. I mainly focus on going out in the field, volunteering. The biggest volunteer effort that I was a part of was in Kelantan, when it was hit by the worst floods [in 2014].

“The experience led me to more charity and volunteer work,” said Haniff.

He also mentioned how his sister joined Caremongering Malaysia, a collection of groups from all over Malaysia that was formed at the beginning of the movement control order (MCO) to help local communities adversely affected by the enforced shutdown and restrictions stemming from the Covid-19 outbreak.

The MCO period also spurred Haniff to take more direct action himself to help those in need.

It began when he noticed that more and more of his colleagues in the event industry were beginning to lose their business and income. To him, it was a worrying sign.

“As a [emcee], I began to see events getting cancelled. It made me think about those who are working behind the scenes. I knew that freelancers and suppliers, depend on these events for their livelihood.

“So I began to ask around, [asking everyone] I knew, from family to people I work with, [to see] if they were doing okay. That is how it began, and where I got the idea,” said Haniff.

On March 25, Haniff put out a message on Twitter asking those working in the broadcasting and entertainment industry who were in need of financial aid to contact him personally.

“The decision was made when I was told that I was not going to get a pay cut working from home as a radio announcer. It was a blessing that I felt I should share with the less fortunate in my industry, and I did,” said Haniff.

His fellow radio announcers at Era followed in his footsteps, using their own social platforms to raise funds for those affected by the MCO.

Eventually, the funds that Haniff had set aside to share ran out. But that didn’t stop him.

“I still wanted to do more. I was working from home. I had time and [the ability] to do more, and I was bored.

“One day, a personal friend of mine said that the company that he worked for had allowed the Malaysia Relief Agency (MRA) use of one of their warehouses in Petaling Jaya as a headquarters for three months. It became the central location [for the agency to] collect and distribute food and other necessities to those in need,” said Haniff.

Although he had no more funds to give, Haniff still felt that he could do more. He volunteered daily at the makeshift MRA headquarters, which was only a few minutes drive away from his home.

“If you are thinking of doing good, all you need to start is to ask those who are around you if they are alright. Also, understand that asking for help is not an easy thing to do. On the other hand, if you [yourself] need help, please ask for it.

“Helping others is an unwritten responsibility for those in my position as a public figure. I may not be a politician or a leader, but I can use my position to spread kindness.

“If you can’t give monetarily, give in time and effort, or use your platform to bring the cause to light. Especially when the country needs it.

“I could not just watch and comment. I didn’t want to do that. If there is a change to be made, I got to make that change.”

Book review: Beyond Yamashita and Percival

The art of giving