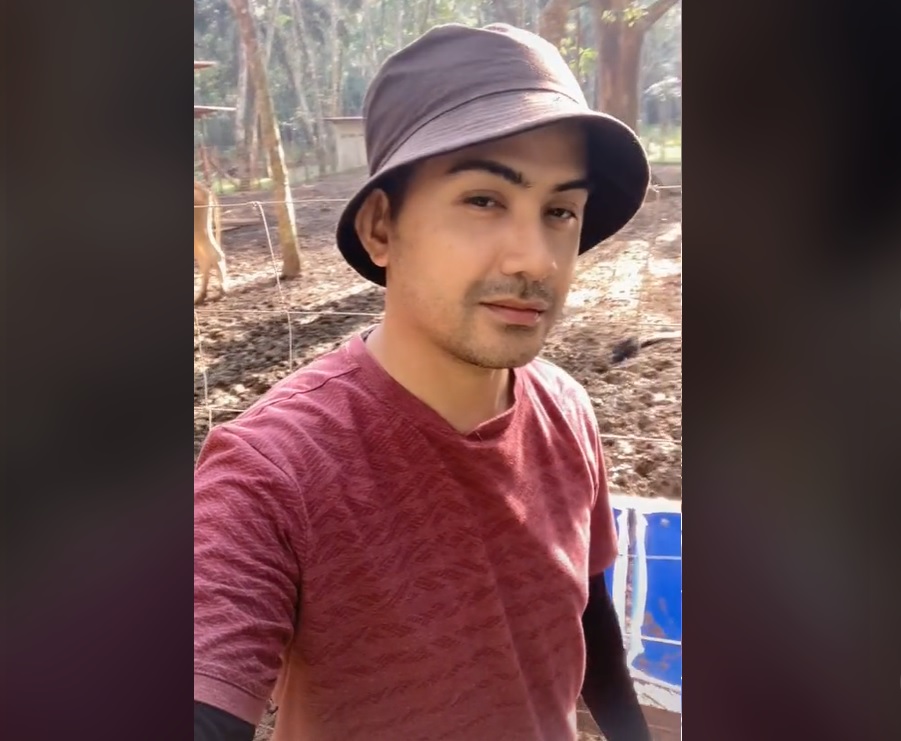 Ridzuan’s efforts have not only gained the attention of his students, but also other TikTok users. — Screenshot from TikTok/@sirladang

KUALA LUMPUR (Jan 18): The existence of social media platforms such as TikTok is not only for the community to showcase talent and creativity, but also to communicate and socialise.

It is through this application that Ridzuan Khalid, 39, a  lecturer in hospitality at the Rompin Community College, shares his daily activities, especially after venturing into cattle breeding in Felda Bukit Kepayang, Bera, Pahang since March last year.

His effort not only gained the attention of his students, but also other TikTok users, thus ‘opening the eyes’ of the public, especially the youths, to venture into the unglamorous career.

“Initially, the account was opened to evaluate assignments given to my students for the subject on entrepreneurship, especially on the aspect of their ability to project themselves .

“So, I’m using the same approach by uploading the video of my daily activities on the farm so that they could use it as a reference,” he told Bernama.

He said the response from viewers was “very positive”, especially from the young people and some of them contacted him asking on how to get started and become a livestock breeder.

“So, what I’m doing is to educate and inspire them to venture into the field of animal husbandry. Don’t be shy. This field has a very bright future with a high and wide market,” said Ridzuan, who has nearly 37,000 followers on TikTok.

Ridzuan, also known as ‘Sir Ladang’ among his followers on TikTok, chose to venture into livestock farming after realizing the potential of the industry and for side income.

He said it was also to appreciate the sacrifice of his younger brother, Hanafi Khalid, 35, who decided to return to the village to take care of both their parents.

“We started with a capital of RM10,000 , which was used to buy three cows and build the cowshed. After seeing the potential, I decided to invest my savings by buying 12 more cows and plan to have up to 30 cows this year.

“For now we are still in the phase of learning, to know more about breeding cows, but have started accepting orders for the cows be used for this year’s Aidil Adha sacrifice,” he said, adding that he would be at the farm after work daily and on weekends.

Ridzuan said he and his brother had no background or knowledge on livestock farming when they ventured into it, but got help from experienced cattle farm operators in the village, and also sought advice from  the Veterinary Services Department (JPV).

“Honestly, this field is very challenging, especially for those of us who have zero knowledge. So, what we do is to find experienced cattle breeders, including watching videos on YouTube to learn how to operate and manage the farm,” he added.

Ridzuan, who is the fifth child of nine siblings, said despite having a stable job as a lecturer, working on the farm gave him a different satisfaction.

“When teaching, the satisfaction is seeing the students succeed, but the pleasure being with nature gives a different kind of satisfaction. It takes away all the stress as a lecturer. It is like a therapy,  especially when the cows are more tame and even know me as their masters,” he added.

On his plans, Ridzuan said he hoped to pursue studies at the doctorate level in hospitality and tourism next year.

For the time, it is to further expand this business by becoming a supplier of fresh meat in the next five years, as also to have a vegetable farm, he added. — Bernama

Malay villages sacrificed for devt must be rebuilt

GRS-BN has political will to resolve immigrants problem