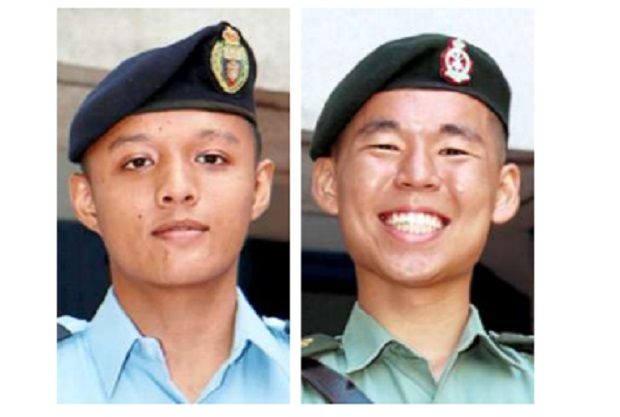 PETALING JAYA: Two Malaysians who went the extra mile to prepare for their American admissions tests have seen their perseverance pay off.

Mohamed Khairel Adha Mohd Khairee, 20, and Nicholas Ong Yong Xen, 18, have been accepted to continue their studies at two prestigious US service academies.

Mohamed Khairel will attend the US Air Force Academy in Colorado Springs, Colorado, where he will study Aeronautical Engineering, while Yong Xen has been appointed to the US Naval Academy in Annapolis, Maryland, to take up cyber operations.

They had to undergo a rigorous selection process that evaluated their leadership potential, physical fitness and academic achievements.

Both will leave for the United States this month and are expected to graduate in 2025.

The Universiti Pertahanan Nasional Malaysia student had to prepare for the SAT admissions test while undergoing military training.

“I believe this journey will teach me a lot. Even during the selection process, I learned a lot. I urge everybody to never give up on their dreams, ” said Mohamed Khairel who is from Taiping, Perak.

Yong Xen, who is from Puchong, Selangor, had to prepare for the SAT tests while undergoing his Sijil Pelajaran Malaysia examination.

“It was a long and challenging journey. I managed to pull it off with perseverance, hard work and commitment, ” said the Royal Military College student who aspires to join the Royal Malaysian Navy.

The US Embassy marked the appointments of the two Malaysian cadets during a virtual ceremony livestreamed on its Facebook page yesterday.

A total of 69 countries were invited to nominate candidates, with the goal of enrolling 15 candidates in each US service academy.

Less than 20% of all international applicants were selected for the programme.

McFeeters said Malaysians who studied at US service academies served as ambassadors of Malaysia to his country and made lifelong connections with US service members and citizens.

“These bonds continue to strengthen our relationships. Cadets Nicholas and Khairel are joining the ranks of these impressive Malaysians, ” he said.

A total of 34 Malaysians have graduated from four US service academies, since the first cadet attended the US Naval Academy class of 1971.

Thirteen completed their programmes at the US Naval Academy, four at the US Force Academy, 12 at West Point and five at the US Coast Guard Academy.

Five Malaysian cadets are currently still enrolled in these academies.

SAVE AND PLAN FOR KIDS’ HIGHER STUDIES