[28] No arguments were advanced by the respondent on how a political party, as opposed to an individual, a corporation and a government, has the requisite reputation which the law of defamation is intended to protect. This, in itself, is a sufficient ground to dispose this appeal. A political party has no requisite reputation to constitute cause of action for defamation. This is borne out when we compare the status of the respondent with say, a company.

[29] Although the respondent may have the legal capacity to sue or to bring an action, that does not ipso facto mean that there is standing to bring an action for defamation. It is locus standi in this sense that we find the respondent seriously lacks, that it does not have the necessary cause of action as it does not have a reputation for and over which it may go to court to sue to protect.

One can only surmise that the intention of the report is so the Prime Minister Anwar Ibrahim is to be investigated under Section 499 of the Penal Code.

Section 499 of the Penal Code states:

“Whoever, by words either spoken or intended to be read or by signs, or by visible representations, makes or publishes any imputation concerning any person, intending to harm, or knowing or having reason to believe that such imputation will harm the reputation and shall also be liable to fine of such person, is said, except in the cases hereinafter excepted, to defame that person.”

Therefore, such a report would inevitably be a non-starter for any criminal investigations to commence.

However, a report was made by the Parti Pribumi Bersatu Malaysia Youth chief. Can the police still investigate and look into the complaint?

Which brings us to an equally important issue: Can anyone just make a police report knowing very well, or at least ought to have known, that no crime has been or could have been, committed?

[32] Premised on the above, we agree with the decision of the Court of Appeal in Abdul Manaf Ahmad (supra) that on public policy consideration, absolute privilege should be extended to a statement contained in a police report lodged under s.107 of the CPC as in the case of statement made under s.112 of the CPC. The underlying reason behind this, is the overriding public interest that a member of the public should be encouraged to make police report with regard to any crime that comes to his or her notice. Such a report is important to set the criminal investigation in motion. With such report, the alleged crime may be investigated and the perpetrator be brought to justice. It is without doubt that public interest should override the countervailing consideration that this may sometime lead to an abuse by a malicious informant. In any event, if a false report is lodged by a complainant, he is liable to be prosecuted for making false report under s.177, s.182 or s.203 of the Penal Code. That we believe provides a sufficient safeguard against any person from making a false report.

So, it looks like a person who lodges a false police report escapes civil liability However, Section 182 of the Penal Code states:

False information, with intent to cause a public servant to use his lawful power to the injury of another person

It appears that a person who lodges a police report which he or she knows or believes to be false with the intent or causing the police to use their lawful power to the injury or annoyance of some other person, is said to lodge a false police report.

I would humbly argue that since a report was made by the Parti Pribumi Bersatu Malaysia Youth chief, the police should investigate him instead to firstly determine the lawfulness of the allegation. In other words, the police should first investigate with a view and purpose of establishing that Perikatan Nasional’s (PN) general election (GE15) campaign was not partly funded by gambling companies. 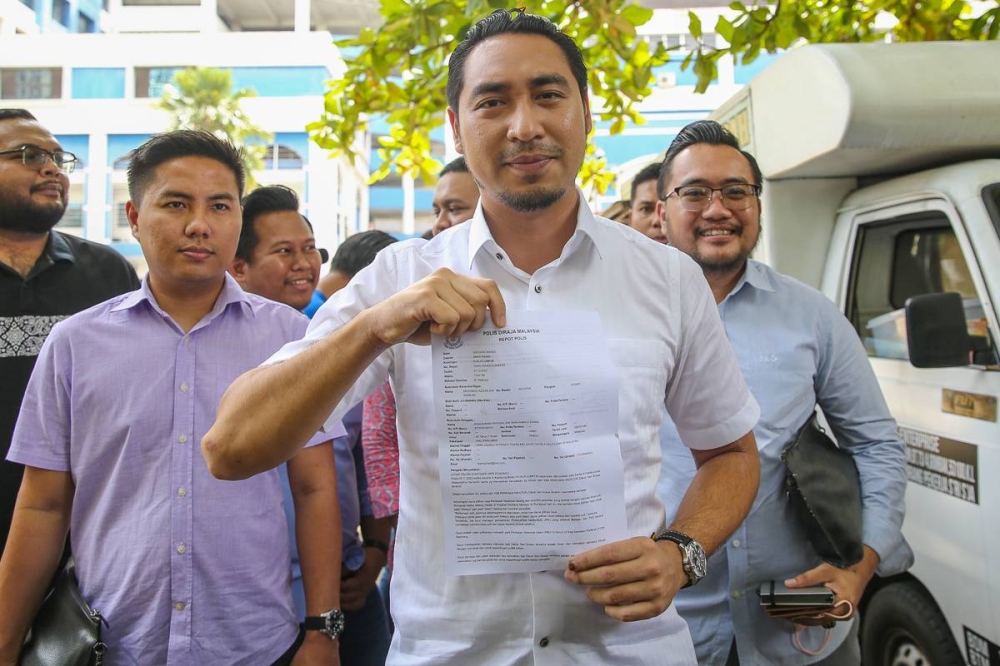 Upon establishing that Perikatan Nasional’s (PN) general election (GE15) campaign was not partly funded by gambling companies, it would, in any event, come to the police’s knowledge that no further action can be taken against Prime Minister Anwar Ibrahim based on the Federal Court case of Lim Lip Eng.

However, should the police, in the course of the investigation establish that Perikatan Nasional’s (PN) general election (GE15) campaign was in fact partly funded by gambling companies, then the police can go further and investigate the possible offence of making a false police report.

*This is the personal opinion of the writer or publication and does not necessarily represent the views of Malay Mail.