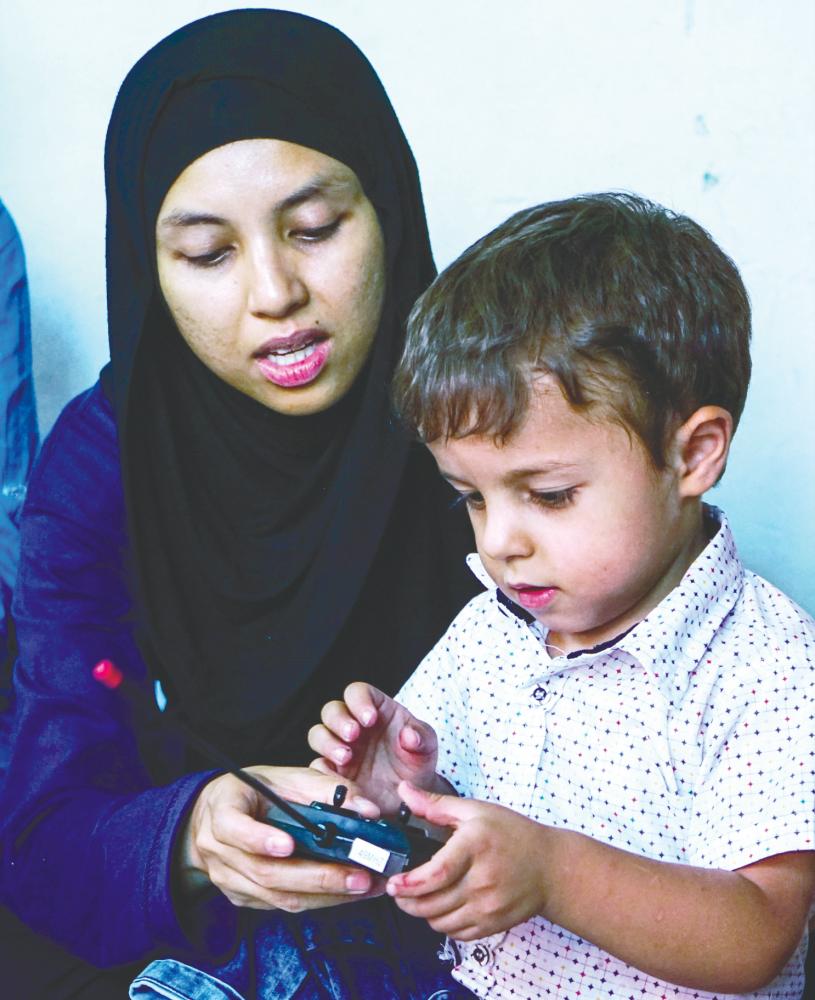 FOR the past few years, Shazrina Azman has put more focus on her altruistic endeavours. She credits the genesis of her inspiration to do good work to her personal pilgrimage into Islamic spirituality and faith. Her real name may be unfamiliar to you, but perhaps you would recognise her by another name – Mizz Nina.

Shazrina explained: “Before my hegira (pilgrimage) I was not really involved with humanitarian and community works and efforts. But after my hegira, Allah opened my heart and mind to what is happening in the world, and to the struggles people are going through.

“I knew I wanted to do something. What if that happened to me? I felt really bad. So I made a ‘doa’ (supplication) to Allah so I would be guided to the right people, so I can learn from them, so I can do whatever I can to help.

“To me, it is important to meet the right people because I wanted to meet people who are sincere and who are passionate about what they are doing.”

For her, it was not about fame or money. But she was adamant that the first step that she had to take was to find genuine and sincere people who are doing something that is making a difference.

“From then on I have met with quite a few people. I met Fatihah from One Moment For Them. I followed them on my first mission to Jordan where I met Syrian refugees. From there I met another NGO, Cinta Seri Malaysia (CSM).

“The Founder of CSM was a student back then, and he was managing the refugee schools, and also the camps. From there I could see with my own eyes what was going on, and I learned about their story from the refugees themselves, about what happened to them.

“I also saw the NGOs and how much work they put in, and where the money went. That’s why I have been supporting CSM, One Moment For Them, and a few of these NGOs for several years now.

“I have been there, I have seen their work, I have volunteered with them, and I can vouch for them. I trust in what they are doing and I know they are very fair and just, and the money goes to where it is supposed to,” said Shazrina.

Other NGOs that she has worked with include Global Peace Malaysia and Inter Takwa Malaysia. Alongside these organisations, Shazrina has seen with her own eyes the conditions in Bangladesh’s Cox Bazar, Syria, and Lebanon.

“There are several causes that I like to champion. Looking at what I have been doing over the past few years, I’ve been supporting the Syrian refugees’ cause – actually any refugee cause around the world. I have been very passionate about it.

“Syrian, Palestinian, Rohinginian, Uyghur, any refugee need, I am always very supportive. Even for refugees living here in Malaysia. And I do support other causes as well, like the needy and the homeless in Malaysia. And I also like to support madrasas and Islamic education institutions,” said Shazrina.

She describes giving back to the community and the world as something important for everyone, especially when we are so blessed. To Shazrina, it is a huge part of why we are here, to do good to others.

“The whole world is going through a huge crisis. Perhaps every generation says this because every generation faces a crisis. However, there are millions of people who are in dire, need suffering from hunger, and that’s pretty much man-made.

“So many people are suffering from war and injustice from all kinds of things; doing good is very much needed in a world that is full of hardship that is man-made. Because of people’s evil intentions, greed for power and money, or just crazy people really,” said Shazrina.

For those who are inspired to do humanitarian and community work, she advises to start with our own family, expanding to extended family, to the community, and outside of our community before tackling the rest of the world.

“Charity doesn’t have to be in the form of money. Charity can be a smile on somebody’s face, a good word, or sharing a glass of water. Charity can come in all shapes and forms. As long as it comes from a sincere intention.”

Currently, Cinta Syria Malaysia is seeking donors for its Qurban Mission 7.0 campaign. It is looking to donate 300 sheep for Eid Ul Adha celebrations in Syria. You can check out its Instagram page (@cintasyriamalaysia) for details.

Youth at the forefront