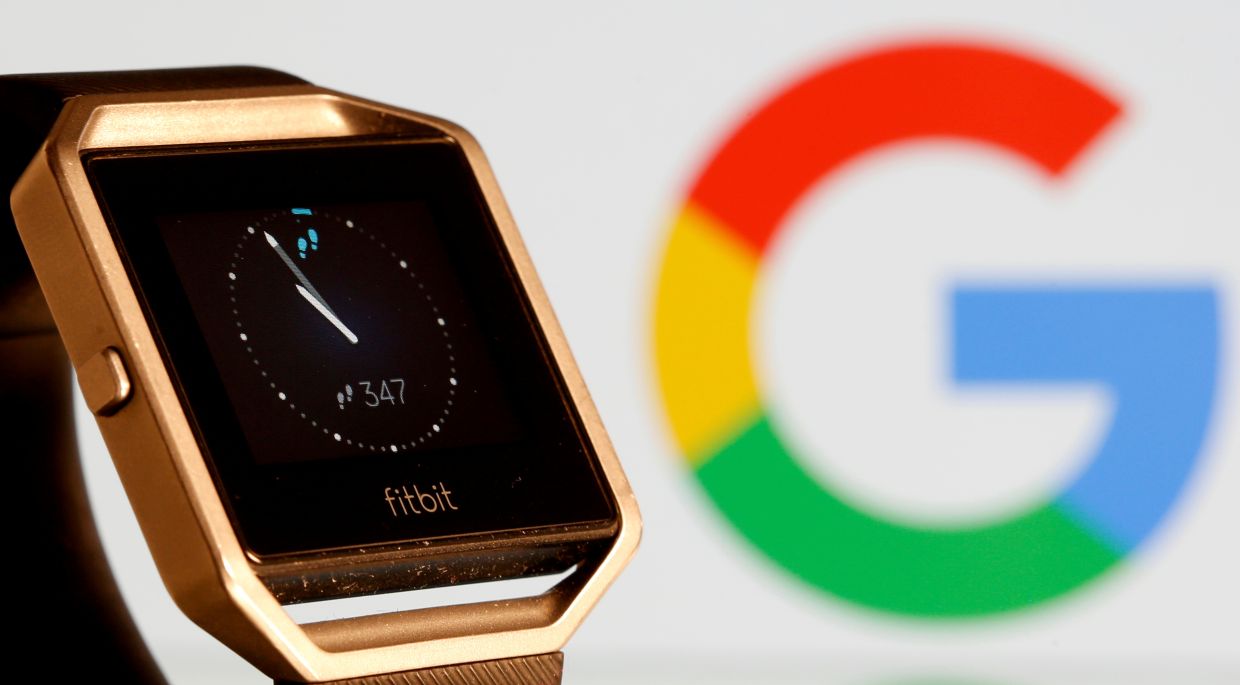 Google’s US$2.1bil (RM8.72bil) takeover of fitness-monitor maker Fitbit Inc looks on track for European Union approval despite protests from consumer groups and rivals about the search giant’s move into health data and devices.

The European Union hasn’t sent Alphabet Inc, Google’s parent company, a so-called statement of objections listing potential reasons to block the deal, according to people familiar with the matter who asked not to be identified because the review is confidential. The company won a five-day extension in the probe on Oct 16, which will give more time for talks on concessions with officials, two of the people said.

While the European Commission could still send out a late filing, such a move would give the EU merger regulator very little time to formally flag concerns to Google or prepare a veto by its current Jan 8 deadline to rule on the deal, said the people.

Progress on the Fitbit merger review would come amid mounting global scrutiny of big technology companies. The US Justice Department is expected to file a monopoly-abuse lawsuit against Google soon, as Congress prepares legislation to address alleged antitrust violations by Google, Facebook Inc, Apple Inc and Amazon.com Inc.

The European Union in July announced it would conduct a longer probe of the Fitbit deal to look at how it might bolster Google’s “data advantage” in online advertising, how it would affect digital health care and whether it would be more difficult for third-party devices to work with Google’s Android phone software.

Not sending objections, which are key for any merger ban, “is a sign that the commission is closer to clearing this,” said Ioannis Kokkoris, a law professor at Queen Mary University of London.

He said that skipping objections “can be either because you don’t have enough” to substantiate potential red flags in a complex and relatively new area for regulators “or because you’re still trying to sort out the issues” at a time when the European Union is also drafting rules for how big tech should treat customers and competitors.

The Brussels-based commission has asked follow-up questions about an offer Google made last month that competitors complained still didn’t go far enough, the people said. Google has until at least early November to make substantial changes to its undertaking.

In a statement ahead of Oct 16’s extension, Google repeated its stance that the deal is “about devices, not data” and that it faces plenty of competition for the “crowded” wearables space.

“We have been working with the European Commission on an updated approach to safeguard consumers’ expectations that Fitbit device data won’t be used for advertising,” it said. “We’re also formalising our longstanding commitment to supporting other wearable manufacturers on Android and to continue to allow Fitbit users to connect to third-party services.”

The company pledged last month to support other wearable manufacturers on Android and maintain Fitbit’s access to third-party services, building on an earlier promise not to use Fitbit data for Google ads.

Rivals complained that the access offered to rival devices and apps was extremely limited and might not provide up-to-date information needed for their products to work seamlessly with Google’s, the people said. Other questions are whether the company’s pledge should have a time limit or remain open-ended to cover new issues yet to emerge and how the company’s promises could be policed, they said.

“Google may have many many ways to circumvent” any data-access offer, said Aitor Ortiz, an analyst with Bloomberg Intelligence. “It’s difficult to know how Google works internally and how they manage that. If it were a factory, you could see tracks coming in and out, but this is data and different places that you can’t really follow.” – Bloomberg

Find my phone: How to set up your smartphone so you’ll always find it