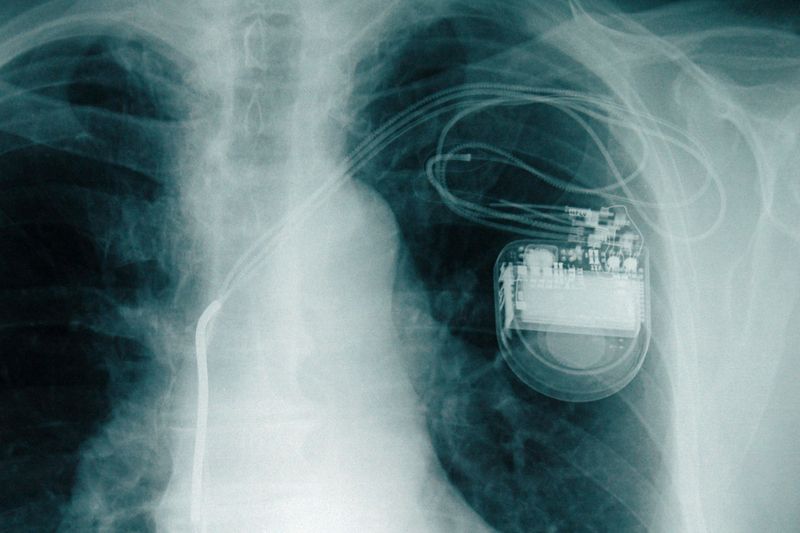 People with pacemakers have long been warned that smartphones can disrupt the workings of this vital device. One study has now shown that, most of the time, you don’t need to worry.

If you have a pacemaker, you’ll likely have been told to make sure you keep a space of 15 centimetres between your implant and a smartphone.

This is because of concerns that the signal from a phone call or mobile data could cause the device to stop working properly and potentially lead to dire consequences.

However, the authors of a recent study say the risk that a modern smartphone could interfere with the functioning of a pacemaker implant or defibrillator is tiny.

As a general recommendation, this “seems outdated to us,” says cardiologist Florian Blaschke from Berlin’s Charite hospital.

He and a team of researchers took an iPhone 6 and an Apple Watch (1st generation) and worked with 148 people to see whether the devices interfered with the functioning of their implants.

They assessed what happened when users held the smartphones or smartwatches in their hands, and what happened if they used them to make calls or go online while holding the device right above the implant.

The scientists found that the smartwatch didn’t interact with the implants at all. The smartphone, however, did disrupt an older pacemaker when the phone was held right above it while in use.

“The patient suffered palpitations and dizziness in this particular case,” says Charite cardiologist Philipp Lacour, who also worked on the study. That was the only case though.

Lacour concluded that there was no need for day-to-day restrictions for implant wearers when using smartwatches or smartphones. His message for patients is not to be unnecessarily afraid of new technologies.

He does add, though, that they shouldn’t necessarily carry their mobile phone in a shirt pocket directly above their implant.

Other cardiologists greeted the study, published in July with the Journal Of The American College Of Cardiology (JACC).

So is it time to update the general guidance? The German Society of Cardiology and the German Society of Occupational and Environmental Medicine already issued joint advice last summer saying that the 15cm safety distance recommended 10 years ago was no longer necessary for modern mobile devices, given the very low risk of interference. They said the guidelines should be adapted if necessary.

However, in their statement, they said wearers of implanted pacemakers or defibrillators should maintain a minimum distance of 10cm from inductive charging stations, an increasingly common form of wirelessly charging smartphones and other devices.

Even if modern devices – as long as they’re programmed according to the manufacturer’s recommendation – generally aren’t affected by electromagnetic fields, implant wearers should still take care when handling some everyday electrical devices, the statement said.

Keep a distance of at least 25cm between your implant and an induction stove, they recommend.

The most recent study also looked into how much smartphones can interfere when doctors are conducting a telemetric analysis of the pacemaker. Here, there was a higher rate of interaction, with effects noticed in 20 of the 148 test subjects, meaning 14% of cases.

In practice, however, this is unlikely to matter too much. “When doctors are looking at the pacemaker, the wearer is unlikely to be making a phone call or surfing online,” says Blaschke. – dpa