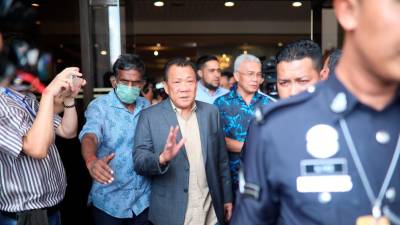 KUALA LUMPUR: Every Barisan Nasional (BN) leader must be responsible for the results of the 15th general election (GE15) and not point fingers to find out who is at fault, said Sabah BN chairman Datuk Seri Bung Moktar Radin.

As such, he said the call by MCA for BN chairman Datuk Seri Ahmad Zahid Hamidi to resign is too much.

“A loser is always a loser who should accept our loss, and not blame others. I think the MCA is too much in asking for the (Umno) president to step down,” he told reporters when attending the Umno Supreme Council Special meeting at Menara Dato’ Onn here yesterday.