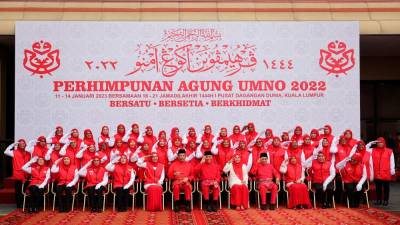 “It is something pure of Datuk Seri Ahmad Zahid Hamidi to forgive them after what seems a breach of the party’s trust. If one of the 10 MPs do it again, I don’t think they will be in a good position (in BN) in the future. They should reflect on what they did and respect the president,” he told theSun.

Yesterday, Zahid had announced that he had forgiven the 10 MPs– six were from Umno and the remaining four were from BN component parties – who signed statutory declarations (SD) for PN chairman Tan Sri Muhyiddin Yassin, two months ago.

“Since that matter has passed and now they are with the unity government and I state that I have forgiven what has happened. But I am with the disciplinary board monitoring the current stance and also whether they are doing any movement or move,” Zahid said.